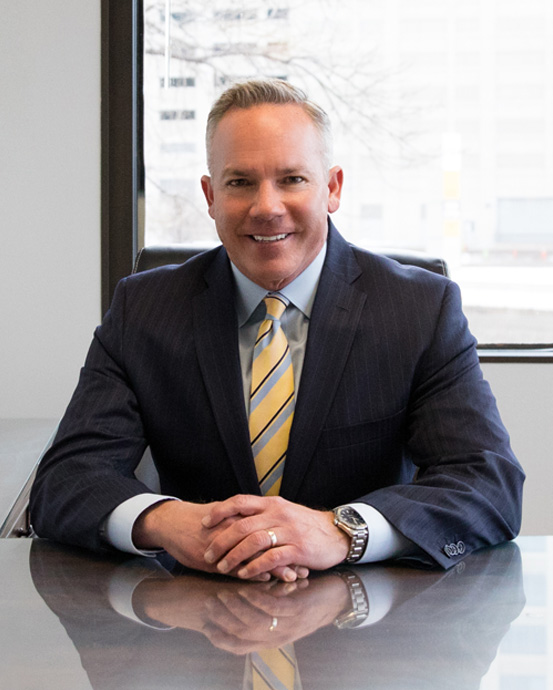 I grew up playing sports, which made me crave competition.  In law school, I signed up for the Moot Court class competition which is where I argued appellate issues against other students in front of a panel of guest judges and attorneys.  I won the school award for best oralist and the Eve August Moot Court Scholarship, awarded to the student with the highest grade in the Moot Court class.  I was then placed on my law school’s national moot court team that traveled to other states to compete against some of the best orators in the country.  My team won the regionals and made it to New York’s national competition two years in a row.

After graduating from law school and taking the bar exam, I began my career as a prosecutor in Oakland County Michigan.  Our office prosecuted crimes in the second-most populated county in Michigan.  At that time, our office rarely offered any plea agreements, so I gained valuable trial experience. I was quickly recognized for my trial abilities and was promoted to prosecuting felonies and then exclusively serious drug crimes.  As a prosecutor in Oakland County for over 8 years, I tried murders, large-scale drug conspiracies, aggravated robberies, sexual assaults, felonious assaults, and other serious felonies.

I moved to Colorado in 2003 and continued my career as a deputy district attorney in Douglas, Arapahoe, and Jefferson counties.  I continued to gain more trial experience handling sexual assaults, burglaries, robberies, assaults, and drug cases.

In 2008, I opened my own law practice in Denver.  I represent people charged with DUI, misdemeanors, and felonies.  I use my 13 years of experience as a prosecutor to help defend my clients.  I know the arguments the district attorneys will make and what jurors are best for us and worst for the DA.  I know what to argue to the jury and can recognize issues that most defense attorneys cannot as I have tried over 150 jury trials. My competitive nature makes me work harder than the district attorneys trying to convict you.  I have great relationships with the judges and district attorneys in the metro Denver area from having practiced here for over 18 years.