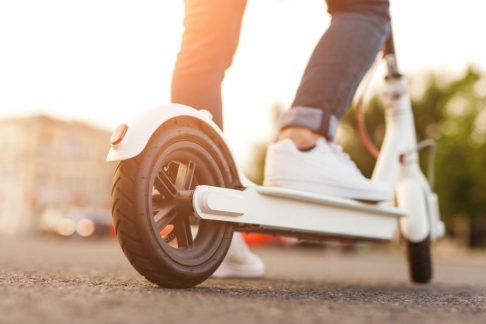 A long night of drinking with friends is coming to an end. You realize that you’re in no shape to drive a car, but what about that tempting scooter that is parked outside the bar? Surely there wouldn’t be any harm in just zipping home on the scooter, even though you’re feeling a little more than tipsy.

You can’t technically get a DUI just from riding on a scooter. Right?

The reality is that you absolutely can get a Driving Under the Influence charge (or it’s cousin, the Driving While Abilities Impaired [DWAI] charge) even though you’re riding a scooter. In this post, we’re going to dive into the legalities that surround the operation of a scooter while inebriated, and we’ll be clearing up some confusion so you don’t find yourself confused as to why you’re being arrested for a DUI even though you were simply putting around on a scooter at the time.

If It Aids in Locomotion, It’s a Vehicle in the Eyes of the Law 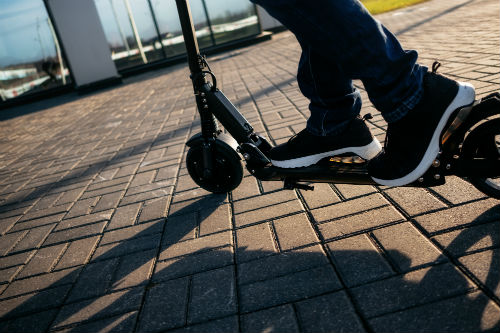 You might have heard that it’s quite possible to get a DUI while riding a bicycle. In January of 2019, a Longmont woman learned this the hard way when she was charged with a DUI for operating a bicycle while intoxicated.

As it turns out, a lot of havoc can be wreaked by a hapless cyclist who has had too much to drink. It’s not too far outside the realm of possibility for the following to happen:

This example illustrates the rationale behind many of Colorado’s DUI laws—not just the ones that are used to prosecute scooter riders and cyclists. The idea isn’t so much to protect the rider of the scooter or bike; rather, it’s to protect those around them.

Once people learn that they can in fact get a DUI from riding a scooter like those provided for rent from Lime, the next question we often hear is ‘Are all DUIs created equal?’.

In other words, could your driving record and criminal history be as adversely affected by a scooter DUI as a regular, motor vehicle DUI? Well, according to Colorado’s DUI laws, they are one and the same. The fines, license suspensions, revocations, and even jail time all apply to the same DUI convictions, regardless of what mode of transportation was being used at the time.

As you can see, getting a DUI in the state of Colorado isn’t something that requires you to be behind the wheel of a car, truck, or SUV. You could be—innocently enough, as it may seem—riding along on your rented Lime scooter, cause an accident, get field tested for sobriety, and find yourself the recipient of a DUI.

If this happens to you and you don’t know where to turn, contact the Law Offices of Matthew A. Martin, PC. After a free consultation, we’ll tell you whether or not we can help your situation, and we’ll give you some options to consider as you make your way through the legal defense process.

[The Law Offices of Matthew A. Martin, PC provides legal services and representation for those facing DUI or other criminal charges. The information contained in this post should not be considered legal advice. We encourage our readers to contact us directly to schedule a consultation regarding their unique legal situation.]