Home » News » What is the Difference Between Civil Law and Criminal Law? 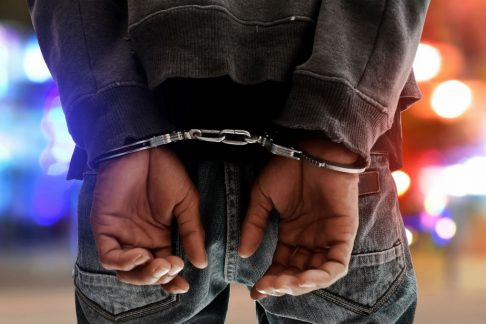 Civil and criminal law represent two distinctly different areas of law, and they each come with their own procedures and punishments. When considering the differences between civil vs. criminal law, it’s not always clear what separates them apart.

In this article, we’ll be exploring just what it is that distinguishes an offense as being relegated to the realm of civil law versus one that can be said to be a criminal infraction.

Who Is Doing the Charging, and Why?

A good litmus test to determine whether an offense is criminal or civil in nature is to look at who is bringing the charge against whom, and for what reason. Let’s consider two examples.

Case #1: A motor vehicle driver accidentally backs up over the neighbor’s mailbox, causing damage without malicious intent. The driver swears that it wasn’t him who wrecked the mailbox, and a legal dispute now arises between the two private parties.

The affected neighbor doesn’t have the option of bringing a criminal charge against the driver, because only a government can file criminal charges against an individual or organization. Generally speaking, legal cases between two private parties that involve negligence, malpractice, or unintentional property damage can be said to fall within the category of civil law.

[If it could be proven that the driver intentionally hit the mailbox, a case could be made for vandalism and/or criminal trespassing. The burden of proof in this case would lie with the affected neighbor to prove criminal intent, and local law enforcement would need to get involved.]

Case #2: A homeowner decides to erect a statue of General William T. Sherman in his yard, in honor of the role he played in the American Civil War. In retaliation, a group of political activists decide to take it upon themselves to remove the statue from this private property, something that the homeowner films and can prove beyond a reasonable doubt.

In this case, we can safely say that criminal charges are viable. Why? Because the act of burglary is considered a criminal offense that affects the general public. To proceed in criminal law, the State will often bring forth charges against the defendant, and it will be up to the State to provide the evidence necessary to award a conviction.

It is often the District Attorney or assigned Prosecutor who is responsible for representing the government’s interest in criminal cases.

Remember that no civil infraction can be said to be a ‘crime’, because the act is not criminal in nature. Alternatively, all criminal offenses are considered crimes that fall into categories like misdemeanor, felony, etc. There are no such categories for civil infractions.

Differences in Judgements, Punishments, and Compensation

Let’s consider Case #1 again. When the two private parties go before the court to argue their positions, it’s often a single judge that will be responsible for weighing the evidence, assigning a judgement, and determining what the most appropriate compensation should be, if any.

In civil cases, compensation for damages is almost always levied in terms of dollars and cents. In some cases, a civil court judge may allow for restitution in other forms (i.e., repairing the mailbox instead of paying to have it replaced), however this is rare.

Because criminal cases involve offenses deemed harmful to the public writ large, punishment for these offenses will often include more than just monetary penalties. Community service, jail time, or revocation of state-issued privileges like driving can be assigned.

Also, criminal convictions become part of publicly available background information. This information can be accessed by anyone who requests it from state records offices, and in the case of felonies, records of these convictions can last a lifetime. Lesser charges like misdemeanors and petty crimes will often be expunged or dissolved after a certain period of time has passed. The rules surrounding record expungements or dissolutions vary from state to state.

Have you found yourself in a legal situation, and you’re needing to know more about the difference between civil and criminal law? Contact the Law Offices of Matthew A. Martin, PC, and schedule a free consultation.

[The Law Offices of Matthew A. Martin, PC provides legal services and representation for those facing DUI or other criminal charges. The information contained in this post should not be considered legal advice. We encourage our readers to contact us directly to schedule a consultation regarding their unique legal situation.]