Home » News » How Many DUIs Can You Get before You Go to Jail? 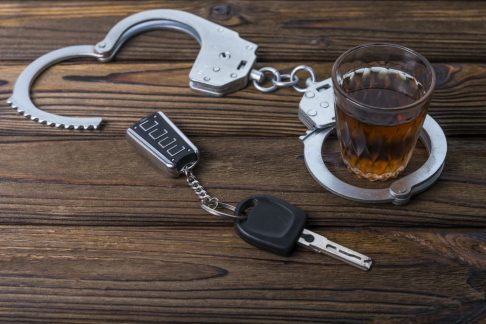 Getting a DUI is a major setback in and of itself. Getting more than one DUI can and often does result in jail time. However, not all DUIs are created equal, and jail time isn’t imposed on all of them across-the-board.

So, how many DUIs can you get before you can expect to go to jail, even if it’s just for a short period of time?

After getting a DUI, avoiding jail time is preferred, but it’s not always possible. In today’s blog post, we’ll be looking at the DUI situations that can often lead to jail time, and we’ll be offering up some advice if you find yourself dealing with the prospect of having to spend time in a jail cell as a result of a drunk or impaired driving charge.

What the Law Says

Before we consider the prospect of having to go to jail for driving impaired, let’s look at what the Colorado state laws say regarding what a DUI technically is and how those found guilty of one are to be prosecuted.

“Colorado law prohibits a person from driving a vehicle while under the influence of alcohol or drugs or while the person’s ability to drive is impaired by alcohol or drugs. These offenses are often abbreviated as “DUI” and “DWAI”, respectively.

In order for a DUI charge to become a conviction with an associated sentencing, the state needs to provide evidence beyond a reasonable doubt that an impaired driving offense took place. This evidence can take at least two forms:

It’s a common misconception that avoiding a breath or blood test can get you out of a DUI. If a police officer suspects that you’ve been driving while impaired or under the influence, and you refuse the field sobriety test, this doesn’t get you ‘off the hook’ for a DUI. It just immediately initiates a license suspension and prompts the officer to take other actions to collect evidence for the offense.

Other contributing factors that may help the state bolster their DUI case against you can include the issuing officer’s testimony or other witness testimony. For example, if you were swerving while driving, another motorist’s phone call to 911 could serve as evidence for the state as they build their case.

Colorado is known for being especially harsh on repeat DUI offenders, which is where the jail time penalty often comes into play.

In virtually all DUI cases, there are two forms of penalties that often come with sentencing after a conviction. These penalties are either administrative or criminal. While some criminal penalties for DUI and DWAI offenses may be reduced through a plea bargain, administrative penalties almost always remain in place.

These penalties differ when the defendant is under 21 years of age.

The reality is that jail time is a very real possibility for any DUI or DWAI charge, even if it’s your very first one. In fact, the state can impose jail sentences for up to 180 days for a first-time DWAI offender. For first-time DUI convictions, up to a year in jail is possible.

Mistakes Happen; Get Help to Defend Yourself

There are multiple factors that contribute to the final amount of jail time that ends up getting served by those convicted of a DUI. One of those factors is how well the accused is represented by their attorney.

The legal team at the Law Offices of Matthew A. Martin, PC specializes in helping those being charged with DUI so they understand their options, can prepare for a solid legal defense, and know how to protect their rights as they make their way through the Colorado court system.

If you’re facing a DUI conviction and need help, contact us now and schedule a consultation.