Since the legalization of marijuana in Colorado, automobile accidents in the state have risen sharply. Moreover, the amount of deaths resulting from crashes involving marijuana have also increased significantly.

A recent study conducted by a government-subsidized social impact institution—The Rocky Mountain High-Intensity Drug Trafficking Area—found that marijuana-related crashes in Colorado have increased more than 100% since 2013. In response, 64% of local jurisdictions in our state have limited or banned the sale of marijuana-containing products.

Clearly, all signs point to a concerning situation when it comes to the use of marijuana in Colorado. And, local law enforcement agencies throughout the Denver metropolitan area are cracking down on those who choose to operate a motor vehicle while under the influence of drugs like marijuana.

This combination of strict traffic laws, increased consumption of cannabis, and more drivers operating their vehicles while inebriated means that more Coloradans will need a high-quality legal defense to ensure that they are treated fairly within the criminal justice system. 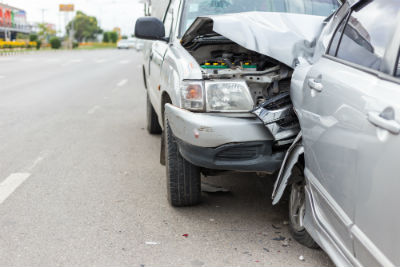 At the Law Office of Matthew A. Martin, we understand that lapses in judgement happen. Our human nature makes us all prone to making mistakes, including mistakes that involve using marijuana and getting behind the wheel of a motor vehicle. Even though these incidents do happen, every individual is owed the same amount of fairness and objectivity when being tried in a criminal court. That’s where Matt Martin excels.

If you find yourself suddenly involved in a legal case in which you are being accused of a marijuana-related DUI or DWAI crime, it is highly advised that you do not try to fight your case on your own. You may think that you’ll be saving money or that you can do a better job than a qualified attorney, but the track record of such cases speaks for itself.

Matt Martin has detailed knowledge of Colorado DUI laws, and he’s helped hundreds of people defend themselves during their ordeals with the State. If you’re looking at a DUI or DWAI charge and you don’t know where to turn, remember these three things:

With as prevalent as marijuana use has become in Colorado, it could have been anyone’s prediction that pot-related automobile accidents would have increased. Now that they’re on the rise, it’s more important than ever to know your rights if you find yourself facing a serious charge like a DUI or DWAI.

They say the best offense is a good defense, and there’s no instance where this is more true than in criminal court. Protect your rights, your future, and your good name by retaining the services of Matt Martin, Denver’s premier defense attorney who specializes in DUI and DWAI defense cases.

Don’t fall victim to over-the-top sentences and unjust DWAI or DUI rulings. Ensure that your legal defense is as powerful as it can be by discussing your case with Matt Martin.

The first consultation is completely free, and by the end of it, you’ll have a better idea of what actions you need to take to help return your life to normal and make sure your rights are protected along the way.

Too many people think they can ‘wing it’ through a DUI or DWAI case, relying on intuition or dogged persistence to obtain a favorable outcome. The reality is that a criminal defense attorney in your corner is going to be your best bet for a fair, expedient trial.

Contact our offices now to schedule your free consultation.