In Colorado, A DUI conviction (or it’s cousin, a DWAI) can be quite costly. Between the court and attorney costs, penalties, class fess, and other expenses, the total dollar amount associated with a DUI can be exceptionally high. Some might say that this is for good reason—after all, drunk drivers were to blame for more than 11,000 roadway deaths on US streets and highways in 2016 and 2017.

In order to help reduce the incidence of drunk driving, law enforcement agencies across the country have ratcheted up the monetary cost of a DUI. So, how much does a DUI cost, anyway? Are we talking a few hundred dollars? A couple thousand? In this week’s blog post, Denver’s Defense Attorney, Matthew A. Martin, and his team are putting an estimate to the total cost of a DUI, without the attorney fees factored in.

[Keep in mind that your specific DUI case might cost more or less than the amounts listed in this post. That’s because there are numerous variables that can contribute to how much you’ll end up paying in the long run, and no single estimate can be used to accurately predict the cost of any given DUI or DWAI conviction.] 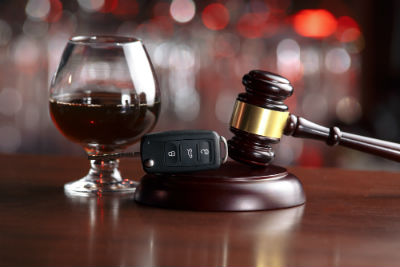 For those first-time offenders who are convicted of a Driving Under the Influence charge, a good average to use to estimate the cost of the conviction is about $7,000.

Keep in mind, however, that well-defended DUI cases can often result not in a proper conviction of a DUI, but in a reduced charge that often comes with reduced fines. For example, a lesser offense like Careless Driving can come with a fee of only a few hundred dollars.

The amount of time it takes to resolve a DUI case and have all the fees and obligations paid varies widely, too. Those who are new to the criminal justice system and who don’t know how to navigate the process of defending their case can sometimes find themselves still dealing with red tape, fines, and paperwork for more than a year after the conviction.

This is why it’s so important to have a knowledgeable, proven attorney by your side—an attorney who knows the system and who can go to bat for you when it matters most.

For Second-Time DUI and DWAI Offenses

For those who find themselves dealing with a second DUI or DWAI conviction, the costs will almost certainly be higher. However, this isn’t always because the initial fines are higher. Rather, the amount of required education, community service, and even jail time all contribute to the increased overall cost.

Because more work needs to be done to satisfy the demands of the courts, a second DUI is likely to eclipse the $10,000 mark. Don’t forget that there are other, more ‘hidden’ costs that can come with a second DUI conviction—things like lost wages, increased insurance premiums, and vehicle impounding fees.

The criminal courts in Colorado mean business when it comes to prosecuting repeat DUI offenders, which is why a good legal defense is absolutely vital to protect your rights throughout the process.

Having at least two prior convictions for DUI will almost certainly mean an increased chance of required jail time for those who get their third, fourth or subsequent DUI conviction. This mandatory jail time requirement will almost always come with an associated cost due to lost wages and serious life disruption, a figure that is going to vary from person to person.

Granting this, the financial cost of a third or fourth DUI is likely to exceed $15,000, often coming with an extended period of driver’s license revocations (often lasting at least one year) and extensive classroom-based education.

It’s important to remember that even if you have one, two, three, or even more prior DUI convictions, you are still a person who deserves to have your rights protected and upheld in a court of law. Regardless of how dire your situation seems, we highly advise that you schedule a consultation with our office, so that you can have a plan to move forward with your case.

The outcome of any DUI case—whether it’s the first, second, third, or seventh—will almost always hinge on how well the accused is represented in court by his or her attorney. Knowing what documents to file, what concessions to ask for, and what actions to take go a long way in reducing the overall impact, both financially and otherwise, to your life. If you’re in need of a DUI attorney, contact the offices of Matt Martin today.