Home » News » With A Rise In Virtual Happy Hours, DUIs Are Still Getting Issued 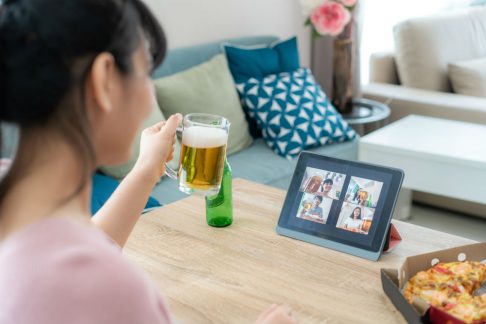 It’s not too much of an exaggeration to say that the bar and club scene here in Colorado has ground to a halt in the wake of the Coronavirus pandemic.

Social distancing guidelines and stay-at-home orders have required local restaurants, pubs, and other meeting places to be effectively shut down. While to-go orders for food and beverages can still be placed, people are by-and-large not engaging in the same alcohol-fueled social interactions they were just a few months ago.

This might lead some to believe that DUIs aren’t being issued by Colorado law enforcement. This couldn’t be further from the truth.

The Crackdown on Impaired Drivers is Still On

While many Colorado residents are rightfully obeying shelter-in-place and stay-at-home directives, they’re still driving on Colorado roadways while under the influence of drugs or alcohol.

Here are some quick facts about the current state of affairs with regards to Colorado DUIs being issued by local law enforcement and State Troopers:

So far in 2020 (including statistics through April 20th), Denver-area police have issued 120 DUIs. This represents an average of roughly 34 DUIs per month.

Between 2014 and 2018, Colorado has seen a marked decline in the DUI arrest rate. This rate has dropped 23.4 percent in this time frame. So, even though the rate at which DUIs are being issued has dropped, citing drivers for impaired driving is still high on the state’s priority list.

The neighborhoods of Capital Hill, Stapleton, and Hampden South represent the vast majority of Denver-area DUIs issued so far in 2020. These three locales make up 19 of the 120 DUIs given out so far this year.

The vast majority of DUIs are issued on Fridays, Saturdays, and Sundays, between the hours of 4pm and 3am. If you find yourself driving during these times, be extra aware of the fact that Colorado law enforcement officers are on high alert.

Remember that DUI arrests are a huge source of revenue for the state of Colorado. Court fees, alcohol education classes, and administrative fines can easily surpass the $10,000 mark for repeat offenders. Even those who are convicted of first-time DUI offenses can expect to pay upwards of $5,000 after all is said and done.

So, when we do the math on this, we find that, so far in the 2020 calendar year, the Denver metro area has effectively brought in somewhere between $600,000 and $1.2 million as a result of issuing DUIs alone. This is in addition, of course, to other fines and administrative costs associated with traffic tickets.

Fewer Cars on the Road = More Scrutiny for Denver Drivers

To better understand the current situation with regards to DUI in Colorado, consider how many vehicles are traveling on highways and surface streets in Denver now compared with just a few months ago.

Virtual happy hours, online meetings, Zoom calls, and FaceTime sessions have provided fantastic alternatives for those wishing to remain connected with coworkers, friends, and family during the Coronavirus ‘lockdown’. In addition to massive layoffs and worker furloughs, the overall amount of car volume on Colorado roadways has dropped significantly.

Because so many fewer vehicles are on the road, Colorado law enforcement officers are having a much easier time detecting impaired drivers. So, if a motorist makes the decision to drive impaired now compared with December of last year, there’s a much higher chance that they’ll get caught, as there are fewer overall cars on the road to ‘blend in’ with.

Make no mistake: just because the state of Colorado is under an implied quarantine, public safety on our roadways is going to continue to be a focus for police, as it should be.

Also keep in mind that even if you are charged with a DUI, you have rights that should be upheld and protected throughout your experience with the Colorado judicial system. Without adequate legal representation and counsel, it’s likely that you won’t know what actions to take to protect yourself. This where the power of a knowledgeable defense attorney can be such a benefit for you.

If you are facing a DUI charge, don’t go it alone. Contact the law office of Matthew A. Martin, PC, and schedule a free case review. We’ll let you know what your options are so you can make the most informed decision about how to proceed with your defense strategy.