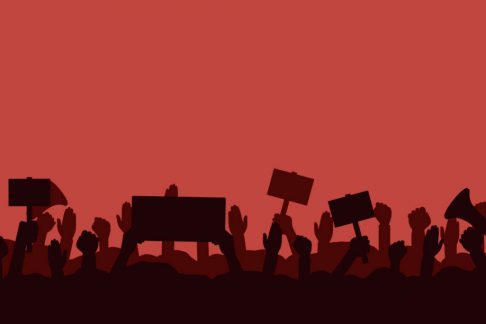 With as much political and economical unrest as there is in the world today, it’s no surprise that Coloradoans are taking to the streets to lift their voices and make sure that their opinions are heard.

2020 has seen an upwelling of civil action being taken by concerned individuals on all sides of the political spectrum. Thankfully, we live in a country that has instituted fundamental rights to free speech in numerous forms, and one of those forms is the right to assemble in public places and express an opinion, however unpopular that opinion might be.

This is your First Amendment right. Even though it is supposed to be protected by local law enforcement, the lines can get a bit blurry. For this reason, it’s important to know what you can and cannot legally do when engaging in protests, political organizing, or even journalistic activities.

The Law Office of Matthew Martin specializes in representing those who have been accused or charged with a criminal offense—and, when protests get out of hand, it gets progressively more likely that some protestors will find themselves on the receiving end of an arrest and/or a charge for disorderly conduct, disturbing the peace, or worse.

We believe that our rights as Americans are essential to what makes this nation great. To help prepare you for your next protest, political gathering, or other related event, here are some things to keep in mind.

If you’re in charge of organizing participants for a protest or other political action, it’s important to remember where these kinds of activities are legal to take place.

It is unlawful to stage a protest or other political event on private property without expressed permission granted by the property owner. This goes for concert venues, private parks, and most businesses. Therefore, to stay safe, keep your protests confined to more traditional public forums like streets, public parks, and sidewalks.

It’s popular for protests to be organized in front of government buildings, like the State Capitol. While this is not unlawful per se, it can become unlawful if the protest impedes access to the building or causes enough disruption to significantly impact the normal function of the building. 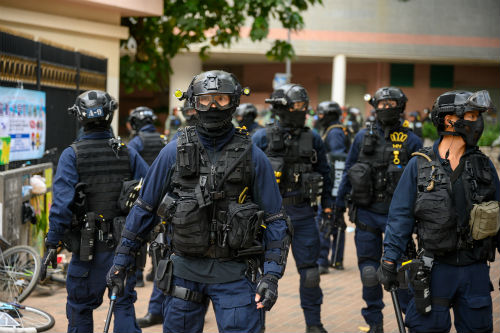 Do not forget that counter-protestors have exactly the same rights to free speech as you do. They cannot be physically kept away from your protest so long as your protest is being held in a public forum.

For most protests, a permit is not required.

The caveat to this is if the protest is large enough to cause road or sidewalk closures. In this case, a permit will be required and can be obtained by contacting the City Hall or other governing body where you live.

Also, if a rally or march involves the use of amplified sound equipment, a permit might be required.

Remember that a permit application for a protest can not lawfully be declined because the event is controversial or otherwise unpopular.

If you plan on attending a lawfully organized protest, the most important thing to keep in mind is you have a right to be there and express yourself. Never forget this!

No matter how much others may try to silence or insult you, you are taking advantage of a constitutional right that thousands have died to protect. Be proud, stand tall, and speak your truth!

However, remember that assault is always a crime. And, assault can take the form of spitting, throwing things, kicking something at someone, and more. As heated as protests can get, take the high road by committing to peacefully protesting without violence.

Generally speaking, to avoid an arrest and subsequent criminal charge, it’s a good idea to comply with law enforcement’s Notices of Dispersal in combination with any direct orders you are given by police, National Guardsmen, or other government authorities.

What To Do If Your Rights Are Violated

The most important aspect to any rights violation can be summed up in one word: documentation.

If you believe your rights have been violated, document as much as you can. This includes obtaining badge numbers, writing down event chronologies, and videotaping as much of the violation as possible.

As always, if you find yourself in need of legal representation, do not hesitate to contact our offices for a case review.