Home » News » Can I Represent Myself in My DUI Case? 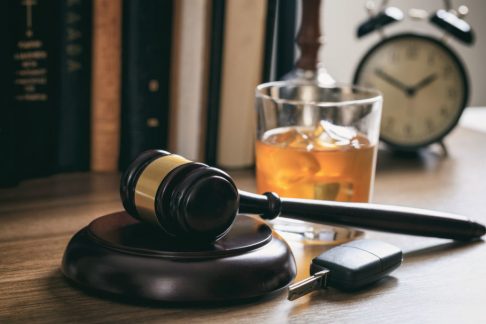 Dealing with a DUI charge is an incredibly time- and resource-consuming process that can take months or even years to fully resolve. And, there’s a lot on the line: your credibility, reputation, driving record, and criminal history are all at stake here, all of which adds even more pressure to the overall situation.

And then, there’s the financial cost of legal representation in a DUI case. Qualified DUI attorneys are expensive, and even less-experienced lawyers with modest track records rightfully charge a premium for their services.

All of this might have you thinking that you could just ‘Do It Yourself’. Maybe, with enough dedication and willpower, you’d be able to learn enough about Colorado law and the legal system to represent yourself in court. After all, it’s your constitutional right to defend yourself against any and all charges brought against you, so why not exercise this right?

Well…it’s not exactly that simple.

You could be the sharpest, most convincing person on the planet, but if you’re not already experienced in filing motions, negotiating with prosecutors and judges, or submitting the relevant legal paperwork in a timely manner, you’re going to have more than just a challenging time in representing yourself in your DUI case.

This isn’t to say that you can’t represent yourself. You absolutely can. And, if you’re insistent on fending for yourself within the Colorado court system, here are some things to consider.

Early on in the DUI case, it’s likely you’ll receive pressure to enter a guilty plea. The reason for this is because a guilty plea on your part eliminates the need for the courts to spend resources on taking your case through a trial phase (by the way…depending on what district you’re tried in, the cost of the trial might be passed onto you as the offender).

Pleading guilty to a DUI charge guarantees your conviction of the crime. Often, getting a DUI suspect to enter a guilty plea is streamlined by making certain concessions with the sentence that is handed down. So, for example, a second-time DUI offender might be offered an amended jail sentence upon his or her guilty plea, whereas the sentencing might well be more severe if Not Guilty was the plea and the case was taken to trial.

Plea bargaining is what happens when the defendant in a DUI case ‘bargains’ with the prosecuting attorney or DA as part of an exchange of concessions related to the sentence.

The example here might be when a DUI defendant agrees to plead guilty, but only to a lesser charge—say, reckless driving—a situation which might have a more beneficial outcome for the defendant. Through plea bargaining, the prosecuting attorney obtains a guilty plea and the defendant agrees to an effectively reduced sentence. Plea bargains are common in many criminal cases, but DUI cases in Colorado can include certain stipulations that may prohibit ‘bargaining down’ the charge. It all depends on the case circumstances.

Comparatively speaking, it’s much less riskier to represent yourself in a first-time DUI case than it is to attempt the same legal strategy in a second, third, or subsequent DUI case.

In the case of a first-time DUI charge, a guilty plea may be entered, and the defendant might receive a relatively lenient sentence based on this being the first time the offense was committed. While the Colorado criminal justice system can deliver sentences that are a bit more malleable for first-time DUI offenders, any first-time forgiveness immediately evaporates for further DUI charges (especially within the same 5-year period).

For this reason, self-representation in a second, third, or subsequent DUI case is an exceptionally bad decision. There are almost always going to be much stiffer penalties in these cases, penalties which often include mandatory minimum jail terms, administrative measures, and exorbitant fees.

Drivers who are arrested for multiple DUIs have the most at stake when their day in court comes. As such, they’re the ones who need legal representation the most, as a qualified DUI attorney will be able to identify and capitalize on room for negotiation wherever it might exist throughout the process.

As tempting as it may be to take the reins and go up against the Colorado court system yourself, we strongly urge you to consider legal representation first.

Don’t make a mistake that could cost you tens of thousands (or more) of dollars and potentially dozens of months of jail time.