Home » News » What Happens if You Get a DUI with a Gun in Your Vehicle? 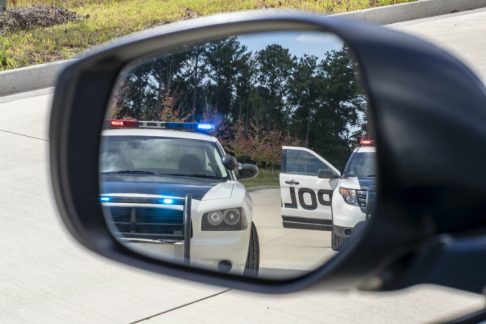 All over the news, we’re hearing more and more about tense interactions between civilians and police officers.

There are ongoing reports of gun violence interwoven with stories of law enforcement personnel overextending their reach and committing acts of violence against citizens. In response to all of this, Americans are growing increasingly nervous when the time does come to engage in an interaction with police.

This is especially true when both DUI and firearm possession are part of the same conversation. If you’re a concealed carry permit holder, you might think it’s ok to have a firearm in your possession (or in your vehicle) at all times. The reality is that this is not the case.

There are specific consequences for individuals who are arrested for DUI and also charged with unlawful possession of a firearm. Read on to learn more.

First and foremost, let’s be crystal clear about one important fact: travelling while sober in a motor vehicle with a firearm is 100% legal in Colorado, assuming the motorist is eligible to lawfully possess the weapon.

However, the legality of this kind of firearm possession actually changes if and when the motorist is under the influence of drugs or alcohol. According to Colorado Revised Statute 18-12-106, it is a class 2 misdemeanor if “The person has in his or her possession a firearm while the person is under the influence of intoxicating liquor or of a controlled substance, as defined in section 18-18-102 (5).”

Whether or not the police officer can acquire enough evidence to result in a DUI conviction is another thing entirely. Even a failed field sobriety test and a sufficiently high Blood Alcohol Content (BAC) reading can be questioned during a criminal DUI trial if the arresting officer doesn’t follow protocol or if other factors are involved. For this reason, it’s absolutely crucial to hire a criminal defense attorney like Matt Martin to represent your interests in court.

Disclosing the Presence of a Firearm While Driving 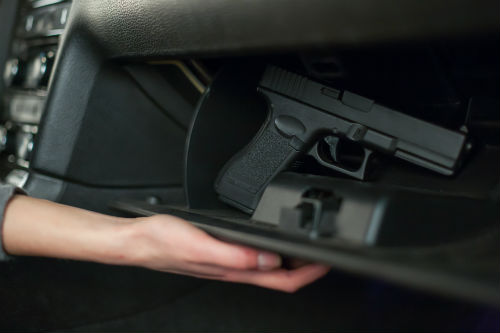 If you are pulled over for a traffic violation, there is no obligation on your part to disclose the fact that there is a gun in the vehicle unless you are asked about it. However, it’s generally advised that you do disclose the presence of a firearm in your vehicle immediately when engaging with law enforcement.

This is doubly true if you have the firearm on your person and you’re asked to exit the vehicle for further questioning. Do not run the risk of the officer discovering the weapon on his or her own, as this will create an even more nerve-wracking scenario for everyone involved.

When disclosing the presence of your firearm, avoid saying the phrase, “I have a gun;” this could be construed as a threat. Instead, calmly tell the officer that you have the firearm either on your person or elsewhere within the vehicle.

This is advisable even if the firearm is located in the trunk or somewhere else out of reach.

Submission to Blood or Breath Testing

So far, we’ve made it clear that being under the influence of drugs or alcohol while in possession of a firearm is sharply illegal in the state of Colorado. However, whether or not you’re actually intoxicated is subjective until enough incriminatory evidence is gathered by the officer on the scene.

One of the most common methods for gathering such evidence is to conduct a blood or breath test for the presence of alcohol or drug metabolites.

Here are the most important things to know about submitting to these tests:

In conclusion, remember that the state of Colorado is especially harsh when it comes to trying and convicting DUI offenders who also happen to be in possession of a firearm. What could have resulted in a single criminal charge can quickly become a legal mess that requires years of penalties before full driving privileges are restored.

This goes without even mentioning the court costs and higher insurance rates you’ll wind up paying, also.

If you find yourself facing a DUI charge or a DUI charge in combination with an unlawful firearm possession charge, you need a criminal defense attorney immediately. Contact our offices to schedule a consultation.